If you are a new drummer or a parent of a child who is learning to play drums, the first thing you will need to know is how to hold your drum sticks. 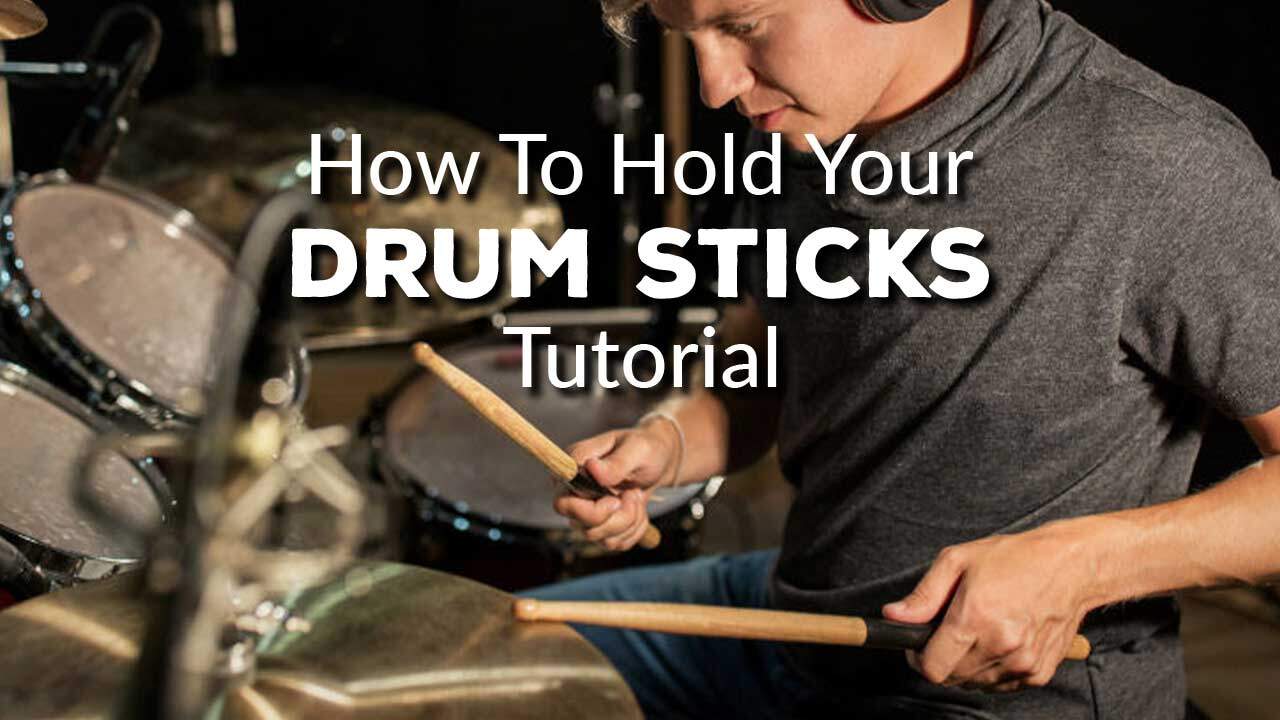 If you are a new drummer or a parent of a young child who is learning to play their first set of drums, the first thing you will need to know is how to hold your drum sticks.

Like any skill or sport, drumming requires proper technique, and if you start off with an incorrect grip you may later have to relearn much of what you’ve gained.

Proper grip will also increase your efficiency, making it easier to get the sounds you want and helping you pick up new skills and techniques. However, there are several ways to hold your drum sticks.

You will want to pick the right style for the kind of music you expect to play, but you will probably also want to learn about the others while you are at it. This article will explain all of the major ones!

There are two major ways to hold drum sticks. The most common for many genres of music is the Matched Grip method, which gets its name because the left and right hands hold the stick the same way.

Their grips are essentially matched. It is also an overhand grip, meaning that the stick is held underneath the hand. However, within this category there are different ways to actually grip the stick. The most important to know are the three most common: the French, German, and American grips.

American Grip is the easiest way to start drumming for a beginner. It is one of the most flexible styles, and it will let you play many kinds of popular music.

First, hold out your hand out flat with the palm down about an inch or two above the level of the head of the snare drum. Then, put the stick against your palm and curl your index finger down and around it.

It should be about at the balance point of the stick, which is usually about two-thirds of the way back from the tip. (Experiment with this; it should allow the stick to rest in your hand lightly and bounce easily on the drum.)

Next, curl the other fingers down around the stick, and extend your thumb to lay it gently along the side of the stick.

In this grip, as with most overhand grips, the index finger acts as the main pivot point of the stick. Holding it right at its balance point will allow you to hold it lightly, reducing stress on your hand and getting the most bounce out of each time you hit the surface of the drum.

When you are ready to strike the drum, keep your palms down, nearly parallel to the floor, but tilted to face each other just a little, and use your wrist and fingers to strike the drum. You can adjust the tightness of your grip to change how much the stick bounces with each strike.

German Grip is next because it is rather similar to American Grip, but it gives a little bit more power, which is useful for larger drums. The main difference is that you will want to turn your elbows out a little bit, bringing your palms more parallel with the floor, and support the stick firmly with your middle finger.

Because the grip is firmer, you’ll have less finesse and a little less rapidity, but you’ll be able to strike harder.

French Grip uses quite a different motion that the other two. After gripping your drumstick as for American Grip, you will want to turn your palms in to face each other, so they are perpendicular to the ground, and bringing your elbows in to your sides at the same time.

Your hands should be comfortably distanced from each other, perhaps a foot or so apart. Now, grip your sticks firmly with all the fingers. When you strike, use their strength rather than your wrists to give you power. This will give you finer control and greater speed.

Traditional Grip is less common and is more difficult. It is worth at least knowing about, though, because it is the style used by marching bands and often by jazz drummers.

It is not matched, so one hand will simply use one of the overhand grips described above. Usually, this will be your dominant hand.

The other hand will use a underhand grip. To start, hold your hand out, palm up, with the thumb out to the side.

Put the stick in the “L” shaped space between the thumb and index finger, resting it on your fingers so that its balance point is on the palm at the base of the index finger, and curling the thumb over the top of it.

Then curl your index finger around and over the top of it. Your thumb should almost touch the first knuckle of the index finger.

The stick should rest on top of and along your extended middle finger. Finally, bring in the last two fingers to help support it. Use a downward motion of your wrist to strike the drum.

If you’re a new drummer, or if you’re teaching one, the American grip will be the best way to hold the drum sticks, as it is simplest to learn. It will give you or your beginner the most range and versatility.

Whatever grip you use, though, make sure to hold the stick lightly but firmly. If you grip it too hard, you’ll both strain your fingers, eventually causing you pain and cramping your style, and you’ll also have less control and finesse.

Also, make sure you are using the right part of your arm, whether fingers or wrist, to power the stroke. Hold your body upright, with good posture, and plant your feet firmly. Lastly, take deep breaths and relax.

Now that you know how to hold your drum sticks, go for it: rock out and have fun!

Here’s a quick, practical tutorial on how to drum roll including variations on an open...

Don’t worry, it’s easy! We’ll go over what percussion music is and how to read...

Knowing how to set up a snare drum and understanding how it works are essential...

A Beginner’s Guide to Drum Brushes Musicians invest heavily in their instrument, which they use...

Need help on how to set up a double bass pedal? You’re in luck! We...

Snare drums are an iconic percussion instrument that is central to most songs that include...

If you want to enjoy a good drum set, you need to know that tuning...

Drum heads are often considered the most important thing in a drum set, especially since...